Beverly Hills is the most famous city-in-the-city in Los Angeles. It has the world’s most high-end commercial street and many luxury houses of Hollywood stars. Beverly Hills attracts countless tourists from all over the world every year and explores the streets with curiosity.

Facing the Pacific Ocean, with Beverly Hills to the north, it is the most luxurious residential area in Los Angeles, known as the city in the city. Owning Los Dior Avenue, the most luxurious shopping street in Los Angeles, is the home of many Hollywood stars. ·Every year, a large number of tourists come to visit, walking on the street, under the shade of palm trees, you can see the luxury villas and courtyards everywhere. ·Various sports cars pass in front of you one after another. If you don’t pay attention, there will be a world superstar approaching, it is best to fully charge the camera.

2. Warner Bros. Studio (8 years old and above can enter)

This is the real and professional filming base of Warner Bros., a global film and television group. World classics and American dramas such as “The Big Bang Theory”, “Friends”, “Bankrupt Girl”, “Batman”, “Harry Potter” and “Escape from Tehran” are born. herein. Take a tram, walk into the real studio and location base, and visit the shooting scenes of the popular movies “THE BIG BANG”, “Spiderman” and “Broken Girls”.

If you are a cosmic fan of Friends and TBBT, you must go to Warner Studios to participate in their tour group when you come to Los Angeles, and you are truly in the classic American drama scene.

At sunset, take a photo with the Hollywood sign at the Griffith Observatory.

The observatory has a wide field of view, with a panoramic view of West Hollywood. At night, it can overlook the colorful street scene of Los Angeles and the brightly lit night view of Wanjia. Learn about the mysteries of celestial bodies in the Hall of Science, and use a 12-inch giant astronomical telescope to spy on the mysterious starry sky hundreds of millions of light years away.

· Located on the top of the mountain northwest of Los Angeles, you can view the entire Los Angeles city. ·The astronomical knowledge of planets and the universe is on display. The dome theater on the top is built to imitate the sky. You can watch 360° movies of the evolution of celestial bodies. The naked-eye 3D technology makes everything in the universe close at hand. ·The open-air platform can also overlook the city of Los Angeles. The ordered streets, neat city buildings and downtown skyscrapers are all clear at a glance. The stargazing platform will open for free after nightfall, and you can see the stars and the outline of the moon.

Since 1934, The Original Farmers Market has been a must-visit for local residents, chefs and tourists. Its symbol, the Clock Tower, is one of the most famous landmarks in Los Angeles.

As a foodie, this is a must-try place. The Farmers Market brings together more than 100 old family shops and various businesses.

The delicacies of Los Angeles are concentrated here, there are probably more than 40 restaurants. You can taste their signature food at different farmers’ market stalls. Eat while walking, food and travel are not disappointed.

If you like shopping, there are all kinds of fine jewelry, clothing, toys, bathroom supplies, pet food, special souvenirs.

The daylight saving time business hours are extended by half an hour from Monday to Saturday, extended by one hour on Sunday, and parking for three hours is free.g

· The Farmer’s Market in the downtown area of ​​Los Angeles is a tourist market and restaurant hub with fixed locations, fixed business markets, and fixed market buildings. ·There are parking lots, fresh fruit and vegetable stalls, instant sugar-coated shops, drink shops of all ethnicities, souvenir shops, and newspaper and magazine shops. · There is also an art gallery on the second floor, where art works are exhibited from time to time, which is a place worth visiting. 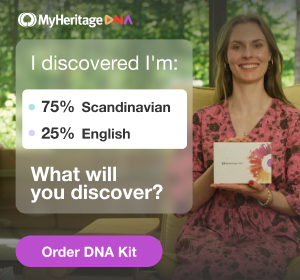 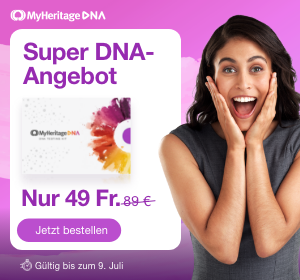